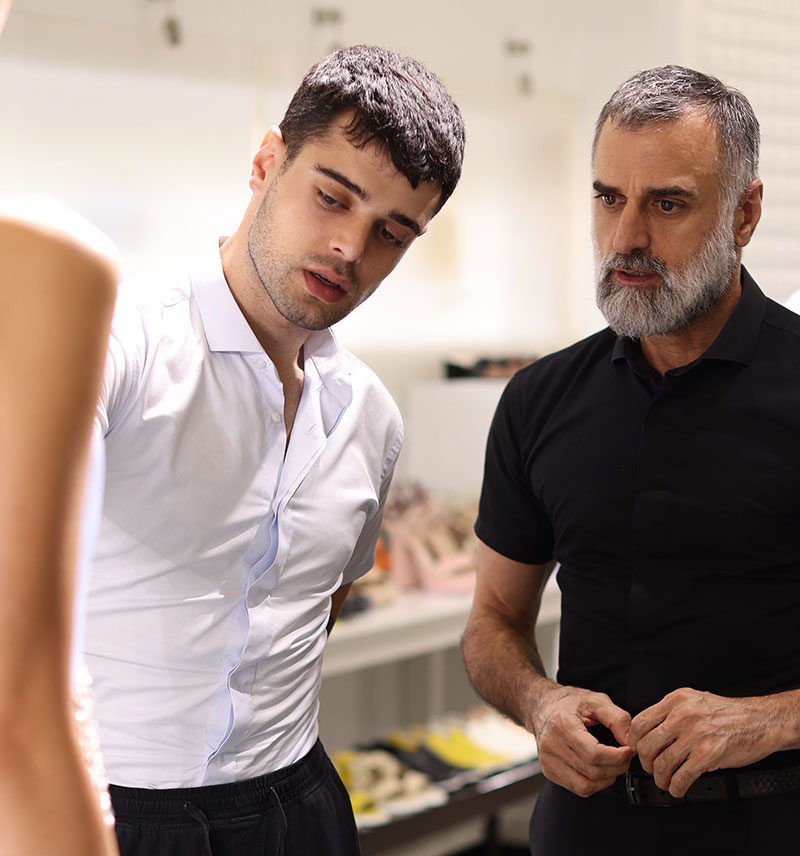 Whispers of talent and revelation began swirling within the mind of Georges Hobeika at youth, and in 1995 his professional story took flight. As a young prodigy enamored by his country’s sparkling seashores, Hobeika honed the thousand shades that vivify the Mediterranean and summoned the spirit of Haute Couture. With the unwavering support of his mother and a handful of specialized tailors, he conceptualized and produced his first fashion show, which was presented in Beirut. Thus, the GEORGES HOBEIKA signature was born.

Long days and sleepless nights of untiring work catalyzed the couturier’s soaring fame, which now ventured past the borders of Lebanon and across the MENA region, as couture clients came to know Georges Hobeika’s immaculate artisanship and audacious talent. This regional recognition soon took on worldwide status, when the couturier presented his collection in Paris in 2001. Since then, Maison Georges Hobeika has organized shows and introduced one ingenious collection after another during each Paris Haute Couture Fashion Week.

By 2010, the growing demands of European journalists, international celebrities, and fashion clients ushered in a new era for the master designer: the opening of the Georges Hobeika showroom on the prestigious rue Royale in the heart of Paris. In his home country, the main atelier is gracefully nestled in a lavish Beirut neighborhood and employs more than 150 people, all essential to the continuous novelty and inspiration of the Georges Hobeika brand.

As of January 2017, Maison Georges Hobeika was named an elected Guest Member of La Chambre Syndicale de la Haute Couture, a prestigious honor in the realm of fashion.
Maison Georges Hobeika has composed and fulfilled its manifesto of elegance, femininity, and aeonian romanticism, having created a world of luxury that carries within it Haute Couture, Bridal, and Ready-to-Wear designs.

Now, more than ever, the brand perpetuates the dream of the young couturier who sought creative haven in the effervescent hues of his motherland, offering women and men of all generations an irresistible fashion journey woven with passion, elegance, and harmony.